I was driving home today when I noticed black clouds of smoke coming from the Rush Lake area.  I thought marsh might be on fire, and turned in that direction to investigate.  Sure enough the cattail marsh at Uihein Waterfowl Production Area had been set on fire to improve wildlife habitat and promote a diverse plant community.  Most of the plants at this marsh are invasive cattail species, which provide poorer habitat than the native species that would normally live here.

Aerial footage shortly after the fire.

I stopped at an overlook and began taking photos and video.  The wind was strong and out of the East. It kicked up flames and black smoke, and ashes high in the air.  Unfortunately it gave me trouble shaking my camera and tripod, but eventually I set up on the leeward side of the car for some protection.  Then I went to another parking spot, got out of the car and started walking down the road that is normally closed to traffic.  After walking awhile I looked up and saw a wall of flame, heading my way, I knew it wasn’t going to give trouble, but I could feel the heat on my face and it was erupting like gasoline.  I was impressed.  Took a few photos and a shaky video clip and returned for my tripod.  By the time I returned that portion of the fire had run out of fuel and was completely dead. 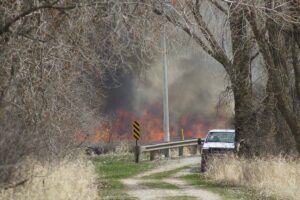 Wall of flame appears close, but is not.

Fire moving through the landscape is an impressive scene, and one that kept the prairies, oak openings, sedge meadows and other ecosystems healthy.  It is a scene far too uncommon these days.  The TV news anchors will report a wildfire to have destroyed 100 acres of marsh.  Nothing could be further than the truth.  A fire is a part of the marsh’s life, its history, and its future.  Without fire, the marsh will fade and die, and be truly destroyed, not by the match, but by the fire hose.

Uihein Waterfowl Production Area is part of the Leopold Wetland Management District and managed by the US Fish and Wildlife Service. 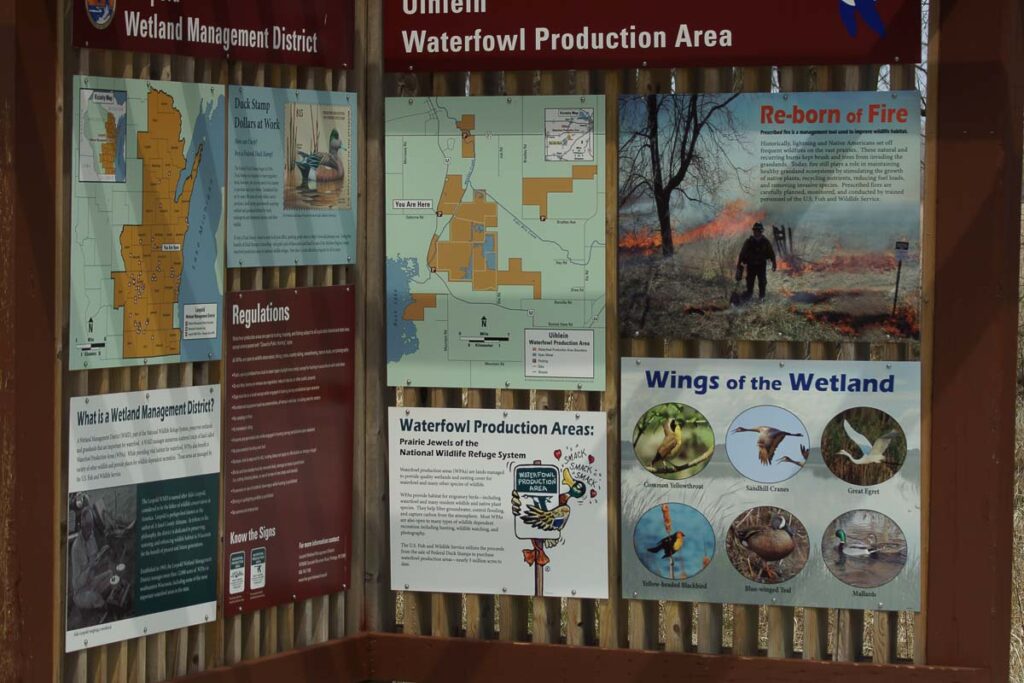 Read all about it. Zoom into the kiosk at Uihlein Waterfowl Production Area.

This entry was posted in Other. Bookmark the permalink.