Other names : Eastern or Red Larch 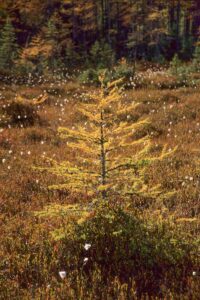 Little tuffs of Cottongrasses, actually a sedge surround this Tamarack (Larix laricinia) tree, and spring out among the low Leatherleaf (Chamaedaphne calyculata) shrubs in a northern Wisconsin bog.

Tamarack (Larix laricina) is an interesting surprisingly beautiful conifer tree of coniferous swamps.  During the summer and winter the tree doe not look impressive, but come autumn the golden color of its needles is quite striking.  Unlike all our other native conifers Tamaracks are deciduous and drop all their needles annually.  As fall progresses the trees are beautiful and after the needles drop the ground becomes blanketed in gold.  For me the needles are also a treat in the summer.  The green needles are very soft and feel against the skin.  Ok, I know that sounds very odd, but I’m sticking to it.

Tamarack wood is not desired very much for its timber or pulpwood, but it rot resistant and strong and so makes good posts.    Tamarack found many medicinal uses by Native Americans such as treatments for coughs, wounds, fevers, headache and others.  They also used the roots for weaving. 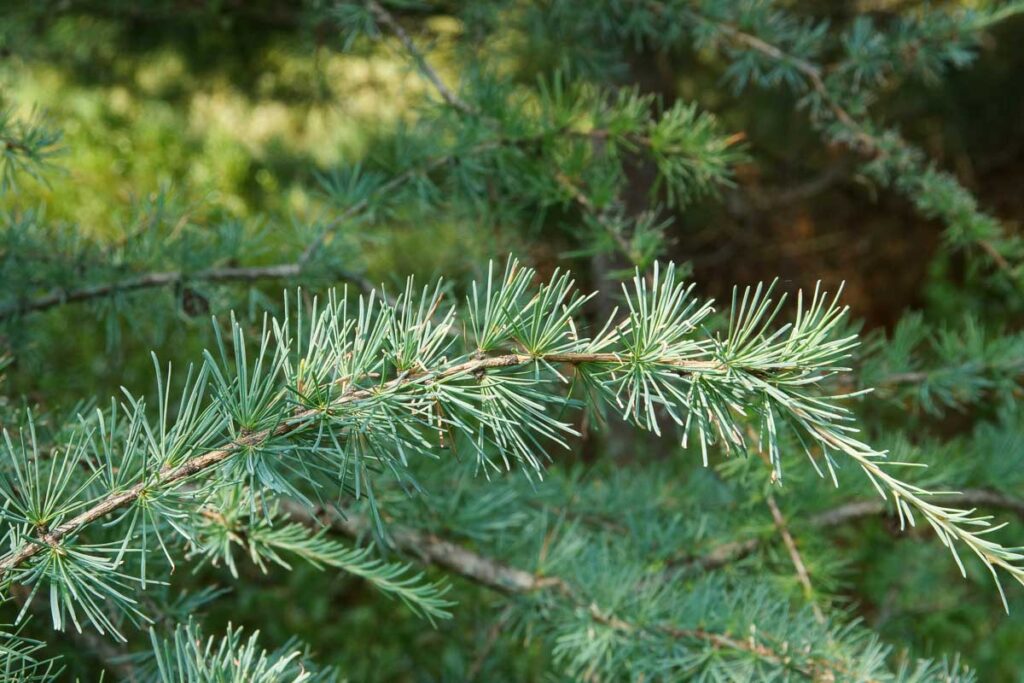