Leatherleaf (Chamaedaphne calyculata) is a low dense shrub primarily found in bogs.  It it gets its name from its tough leather-like leaves.

The flowers of leatherleaf are primarily pollinated by bumblebees.  Leatherleaf is high in tannins.  As the leaves decay these tannins can leach out into nearby surface water and thus gives the waters of many northern lakes a stained appearance. 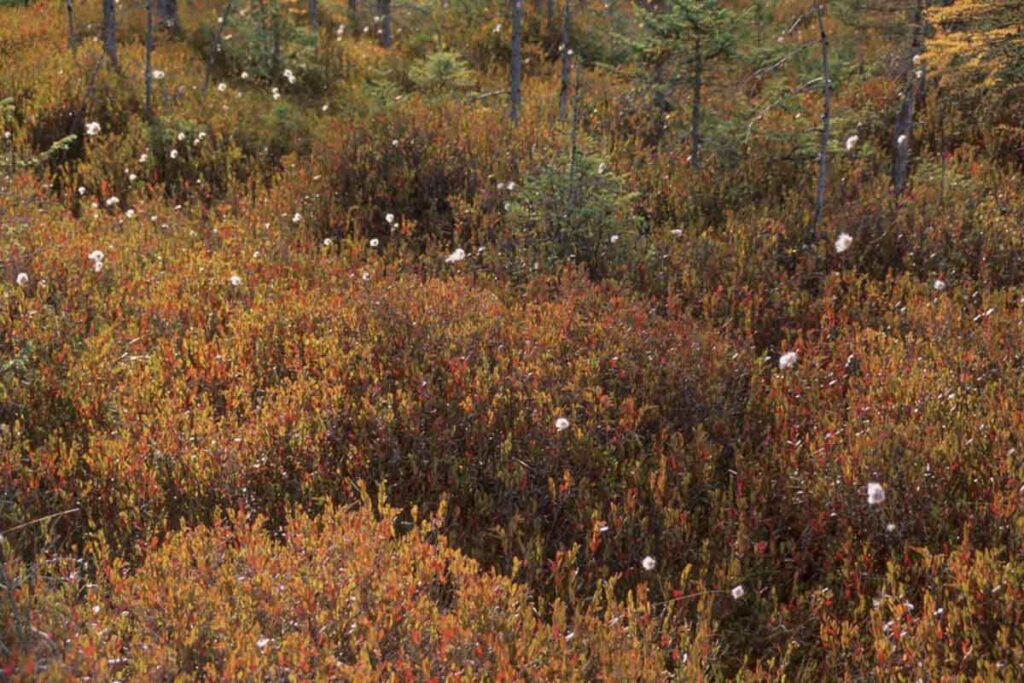 A bog with leatherleaf in fall colors. White tufts are Cotton Grasses a species of sedge in the genus Eriophorum.

Native Americans used a poultice of Leatherleaf to reduce inflammation.  Tea was made from the leaves of the plant also.