Green Ash, Fraxinus pennsylvanica: Will it Soon be Endangered? 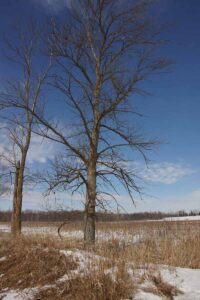 The silhouette of a small Green Ash growing along a drainage ditch.

Green Ash (Fraxinus pennsylvanica) is a very familiar tree.  It has been planted in huge numbers in urban areas as well as shelterbelts in the countryside throughout much of the US.  It grows fast and its wood is strong but its branches can be brittle.  Its main failing as an urban tree, however, is not its structural integrity but its inability to resist the emerald ash borer (Argilus planipennis).  This invasive insect also feeds upon other species of ash trees, and threatens to wipe out ash trees as we know them.

It is important to try to prevent the spread of this and other tree pests by not moving firewood.  The spread seems inevitable, but if we can buy some time, a cure in the form of biological control of the insects or some other method may decrease ash mortality.  I hope we are not the last generation to witness a healthy ash forest, but it appears that may be the case.  Volunteers are now combing the countryside collecting ash seeds to be frozen to preserve something of their genetic diversity, should selective breeding or genetic engineering be used to repopulate the forests with ash trees.

Green Ash, Red Ash:  What is the Difference?

These trees are usually considered the same species.  To put it simply, the twigs of Green Ash are not hairy (glabrous) whereas the twigs of Red Ash are hairy (pubescent). 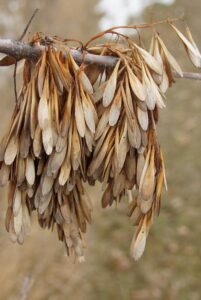 Green Ash produces abundant winged seeds which use the wind to distribute them away from the parent tree.  Green Ash is shade intolerant, so seedlings will not do well, or survive at all under the parent’s canopy.  This tree also reproduces by sprouting suckers from the main trunk, should it be damaged by fire, cutting, or some other injury.  Often these suckers survive to produce new mature ash trees.  I often encounter a circle of ash trees with a hollow in the middle because the original trunk has completely rotted away.

The strong wood of Green Ash is used much like that of its cousin White Ash which is used in making furniture and tool handles.  The wood is ring-porous giving it a somewhat similar appearance to oak wood.  Green Ash wood was used by Native American in construction, to make bows and arrows, toys and pipe stems.  Splints made from the wood were an important source of basket weaving material.  The inner bark was eaten and said to taste like eggs. 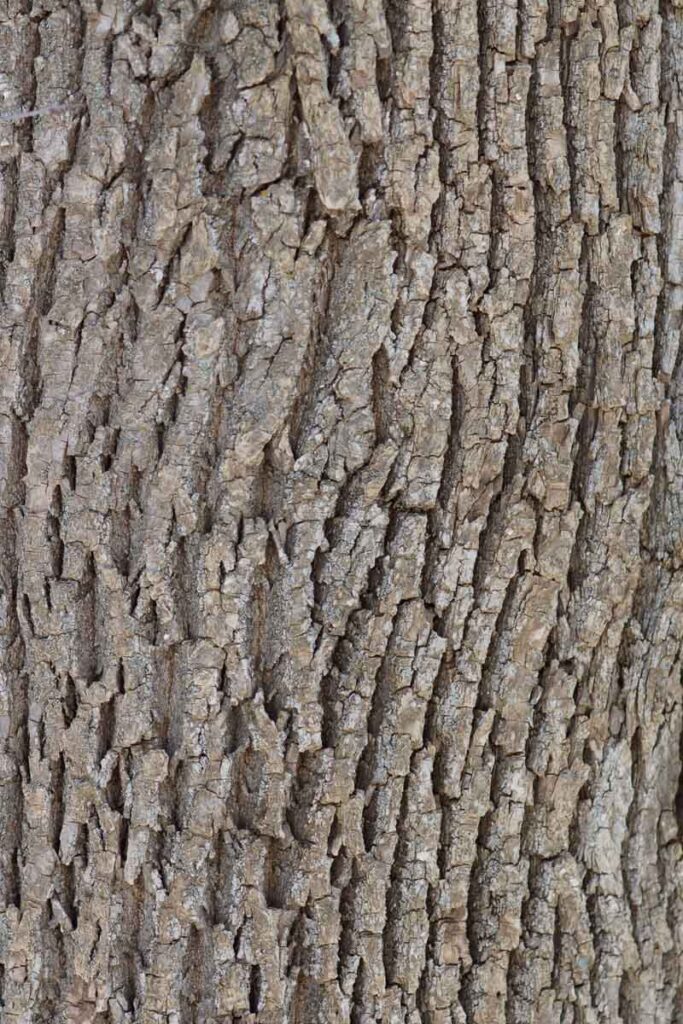 Close up of the mature bark of a Green Ash