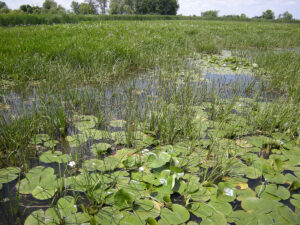 Far Back in Boom Bay, on Lake Poygan is dense with aquatic plants.

Lake Poygan is the first lake the Wolf River encounters in the Winnebago System.  Poygan is the largest and deepest lake of the Winnebago Upper Pool Lakes.  It is much different than it was a 150, or even 75 years ago.  Once it was one of the best duck hunting lakes for Canvasback Ducks in the United States.  Wild Celery, and Wild Rice was abundant and provided the waterfowl with enough food to fuel their migrations both north and south. Other species of ducks were also plentiful and attracted native, settler, tourists and market hunters.

Lake Poygan has the distinction of hosting the only nesting pair of snow geese recorded in the state of Wisconsin.  In 1944 a female snow goose was unable to make the migration north after becoming injured.  Rather than continue his northward migration, her loyal mate stayed and the two were able to raise two goslings.  What became of these geese is not known.  Did the geese survive the hunting season?  If they had, would they have returned to Lake Poygan to nest?  This footnote for Lake Poygan illustrates the strength of pair bonding in geese.

Boom Bay is located on the north shore of Lake Poygan just above the mouth of the Wolf River.  A channel (The Cutoff, Boom Cut) was cut from the Wolf River in the bay where pine logs were processed.  The logs of many sawmills had to be sorted out by the codes marked on the end of the logs.  These were sorted in the bay into large booms.  The booms were pushed down to their proper sawmills in Oshkosh to made into lumber and numerous finished products.

The booming process must have destroyed the aquatic vegetation there, but today the bay has some of its best aquatic habitat for fish and wildlife found on the lake.  The aquatic plant life in the bay is very diverse and much of it is of high value to wildlife.  Wild Celery dominates the Eastern half of the bay.  The Western half is a great mix of submergent, emergent, and floating-leaf plants.  Boom Bay is the only place where wild rice can be found on the lake in significant quantity, but the quantity can vary greatly from year to year.  In the nineteenth century Lake Poygan contained thousands of acres of wild rice, but those days are no beyond memory.

The Lake Poygan Sportsmen’s Club works on a number of restoration projects on Lake Poygan and the Wolf River.  These include restoration of West Bay Canes, Tree drops on the river, and wood duck nest box building to name a few. 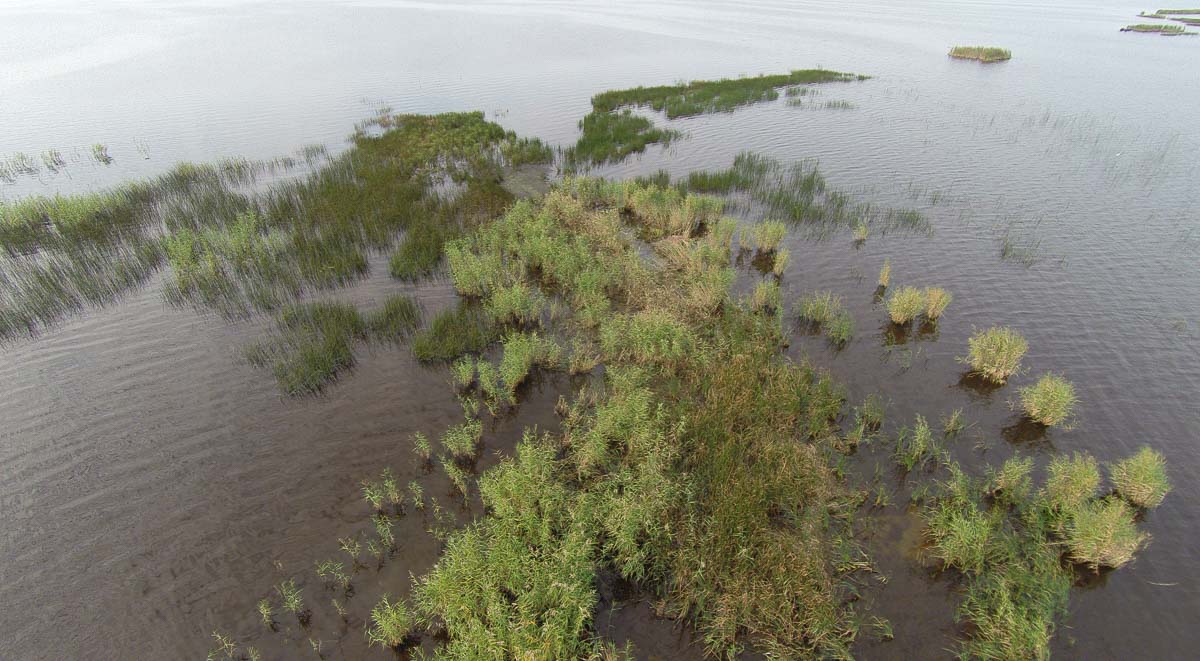