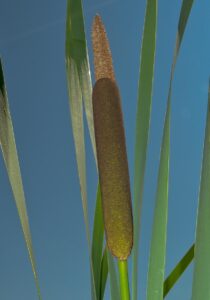 Broadleaf Cattail (Typha latifolia) is the only cattail species native to the Midwest and many parts of the United States.  It is a circumpolar species, meaning it is found throughout the northern hemisphere. Historical accounts of large cattail marshes may mix this species with its related invaders; Narrow-leaf Cattail (T. angustifolia)  and Hybrid Cattail (T. x glauca).  Hybrid Cattail is a cross between Broad-leaf and Narrow-leaf Cattails and is capable of backcrossing with either parent.  Invasion and hybridization occurred early, and the hybrid is still confused with the native species by natural resource managers and nature writers, adding to the confusion.

In my location, Northeast Wisconsin, I have yet to see a cattail marsh made of the native Broad-leaf Cattail; all of the immense, dense cattail stands are invasive species.  I find the native here and there in native sedge meadows, and shallow marshes, and lakeshores. In some cases the Broad-leaf Cattail is common, and because it is much taller than the sedges (Carex spp.), it may appear to some as being a cattail marsh.  However, when one looks at the coverage of individual species, the sedges win hands down.  I can’t say for sure if true monocultures of native cattails did not exist, just that I have not seen them under natural circumstances. 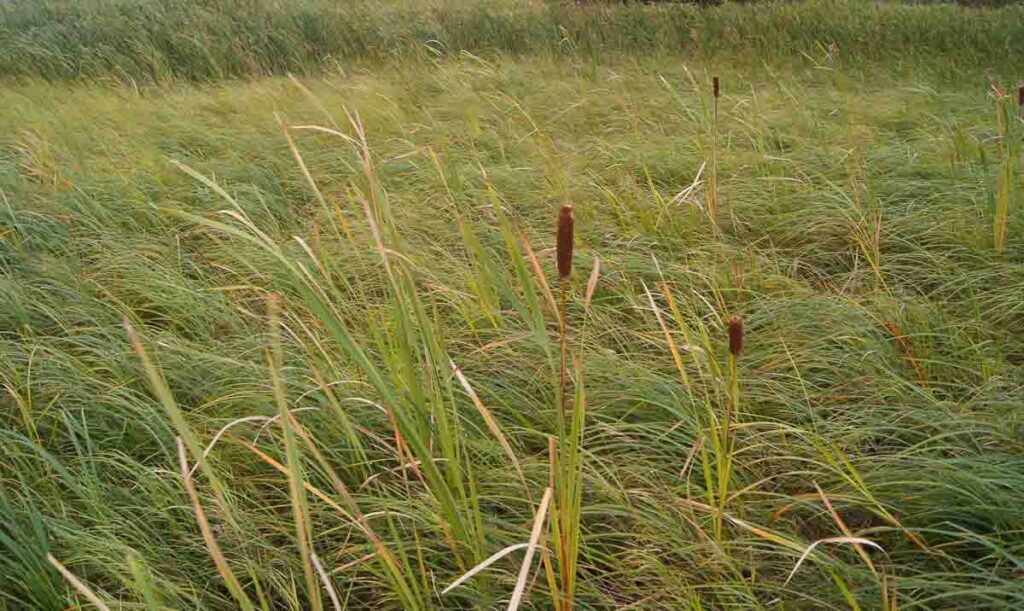 Note: The following applies to most species of cattails.  As always, consume natural plants at your own risk.

Cattails are not eaten by many species of wildlife, except muskrats.  Their foliage is not that nutritious, and their seeds are so tiny and full of fluff they are not frequently eaten by birds or mice.  However, man has found many uses for cattails, and virtually all parts of the plant can be eaten at least at one growth stage.  The most common part consumed is the starchy roots.  Most often, these are prepared by boiling or roasting and eaten like potatoes.  The roots were also dried and ground into a kind of flower and made into cakes.  The succulent, white bases of the leaves were eaten fresh or cooked. The seeds were processed and made into a meal. Even the pollen was eaten. 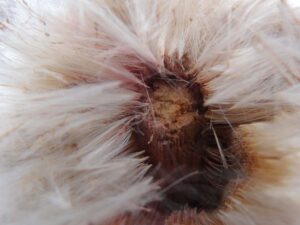 Broadleaf cattail seed head (in winter) broken off to show the cross-section.

The broad fibrous and durable leaves of cattails make an excellent weaving material.  Native Americans wove just about everything out of cattail leaves including, mats, wigwam roofs, baskets, and bedding.  The fluffy seed heads were used to make bedding, insulated clothing, as oakum to fix leaky boats.

Cattail also found their way into the medicine of Native Americans.  Cattails were most often used to make poultices for infections, burns, and wounds.

Although a few people still eat cattails, and some farmers yet graze their cattle on cattail to a limited extent on cattails, the plant is mostly used for industrial purposes.   The main use is in treating sewage and stormwater runoff in specially built wetlands.  The cattails roots and stems promote the settling of suspended solids while the plants absorb phosphorus and nitrogen compounds into their leaves.  The plants can then be harvested to remove those nutrients from the system.

Recently there has been great interest in using invasive cattails as fuel.  Researches have looked at pelletizing the leaves and stems, making ethanol, or using biodigestion by bacteria to produce methane.  These products are then burned for heating or generating electricity.  Since invasive cattails grow in great densities, they are good sources for harvest. 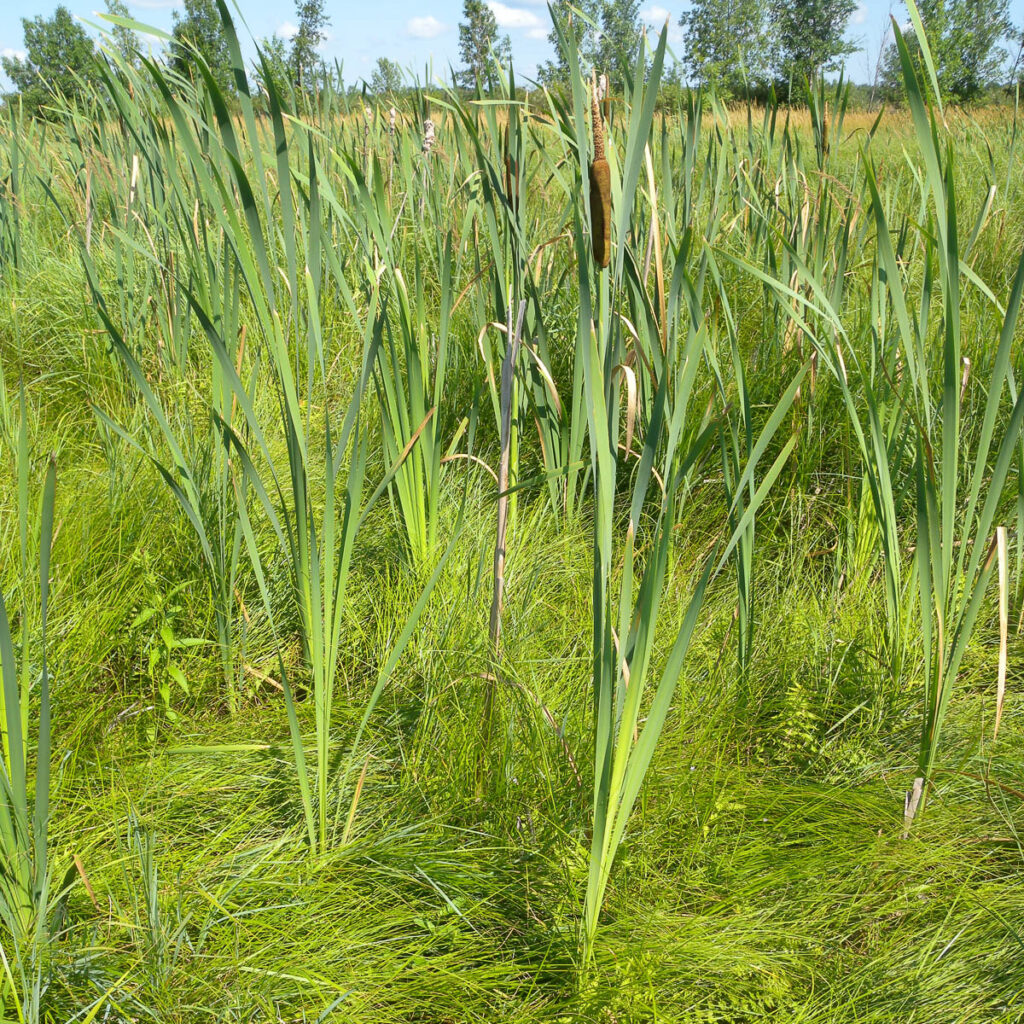