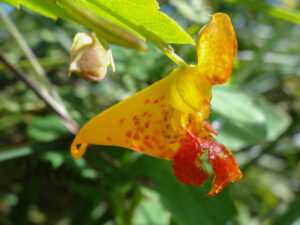 Side view of Jewelweed flower

Jewel-weed (Impatiens capensis) is very common in many wetland habitats:  sedge meadows, roadside ditches, fens, swamps, etc., often were the soil has been disturbed.  The orange-spotted flowers are hard to mistake for anything else in our wetlands, with the exception of Yellow touch-me-not (Impatiens pallida).  This distinctive wetland wildflower was one of the first I remember as a child.  The names Touch-me-not and Impatiens come from the way the plant distributes its seeds.  When mature, the ¾-inch long seed capsules split open with a force that scatters the seeds.  Often a slight touch is enough to cause the capsules to explode and toss the seed shrapnel up to four feet.

The healing properties of Jewel-weed are widely reported; and unlike some wild herbal remedies, it does not need to be taken with a grain of salt.  The leaves and crushed stems (when soft) are applied to insect bites, nettle stings, and poison ivy to relieve itching and inflammation.  It is also said to prevent the rashes of poison ivy if applied just after contact.  As with all wild plants, use at your own risk. 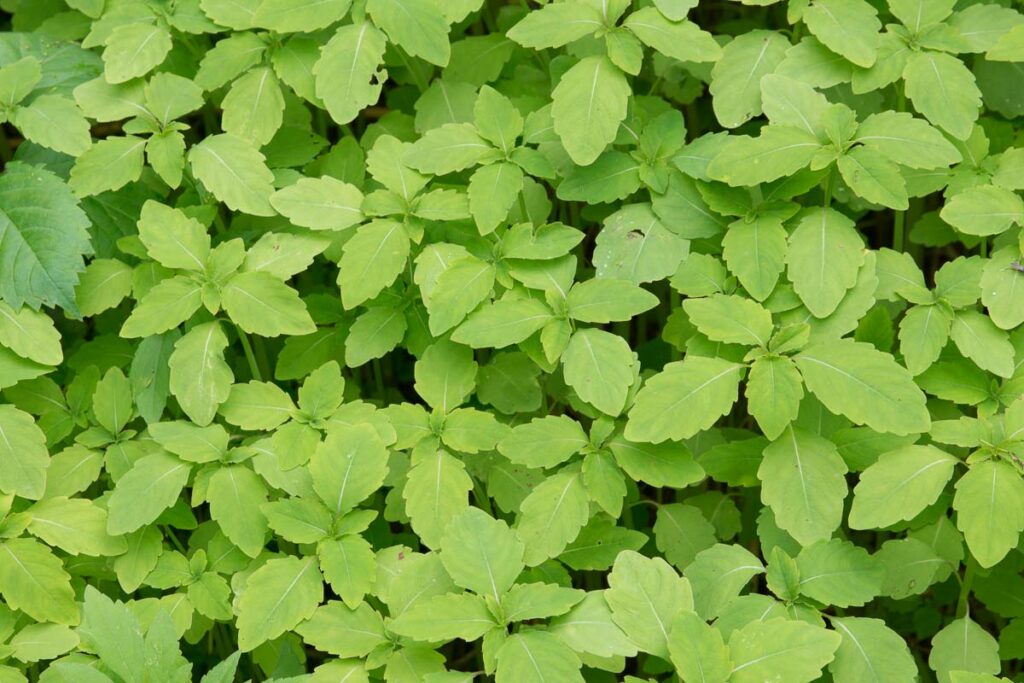 Green foliage of the leaves of Jewelweed (Impatients capensis)