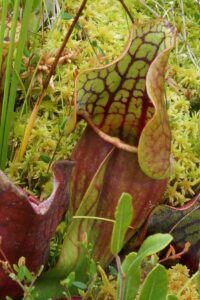 Pitcher of the Pitcher Plant, collects rainwater and insects and slowly digests them.

Pitcher Plant (Sarracenia purpurea) is  a strange carnivorous plant of bogs, it is like something from another planet.  It is well named for it large modified leaf in the shape of a pitcher.  Like a pitcher it collects water, and if you leave a pitcher of lemon aid out for awhile, it is going to collect insects.  The pitcher of the pitcher plant is “designed” to do just that.  It has downward pointing hairs that both guide insects to their doom and help prevent their escape.  These hairs than transition to a smooth and slippery surface leading to the water below.

Pitcher plants trap insects to digest them and gain nutrients that are hard to come by in a form that is available for take up by roots in acidic bogs.  The water in the bottom of the Pitcher Plant contains an enzyme released by the plant that digest the drowned insects.  The enzyme is not particularly potent and many insect parts accumulate at the bottom undigested.  The water is home to some bacteria and protozoan life the tolerates the broth.

Nearly as odd as the modified leaf are the flowers of the Pitcher Plant.  These have a leathery appearance and are reddish brown in color.  The flower stalks rise about the surrounding mosses and other plants of the bog and finding these is the easiest way to find the rest of the low-lying pitcher plant. 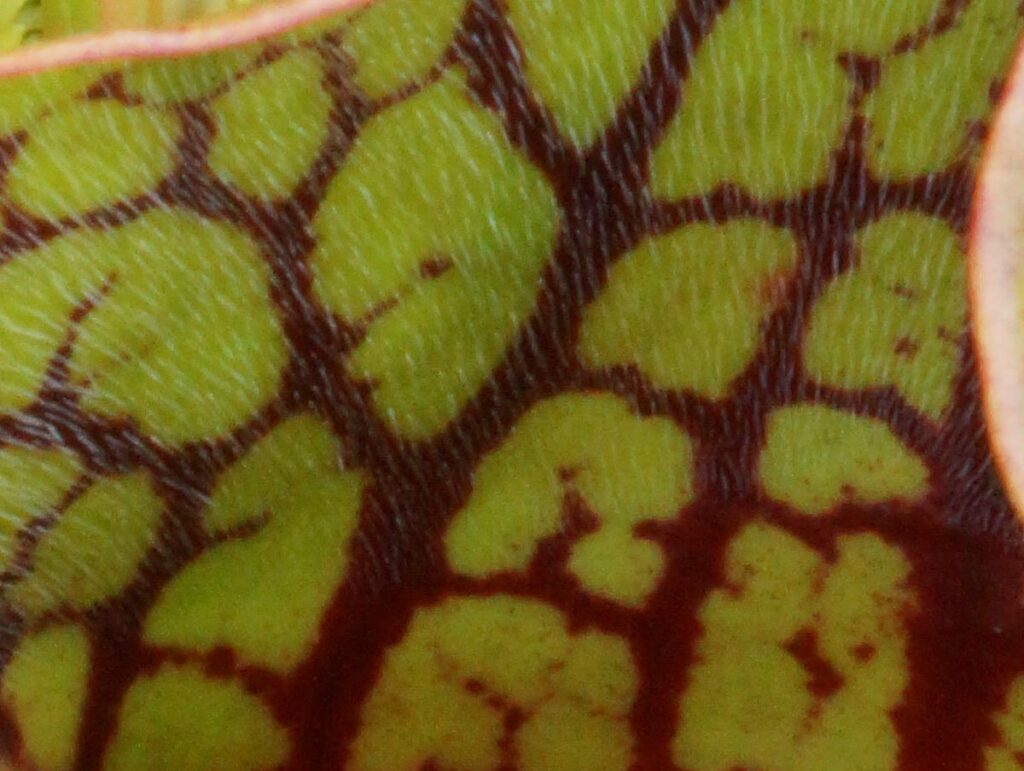 Close crop of the Pitcher Plant’s downward pointing hairs that guide insects to their death and digestion. The hairs not only act as guides, but help prevent the insects’ escape.

Native American Use of Pitcher Plant 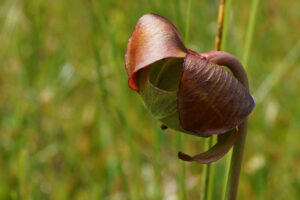 Odd looking plants often are seen to have medicinal or magical properties and few plants of northern North America are as odd looking as the Pitcher Plant.  I’ll just make a list of  few of the many uses found in Native American Ethnobotany (Moermann 1998)