Bog Rosemary (Andromeda glaucophylla) is named after its striking resemblance to the unrelated culinary herb Rosemary (Rosmarinus officinalis). Compared to its look-a-like Bog Rosemary has almost no smell and is found in true bogs and coniferous bogs.

Although not known to have flavored food with Bog Rosemary, Native Americans did makes a tea from its leaves. 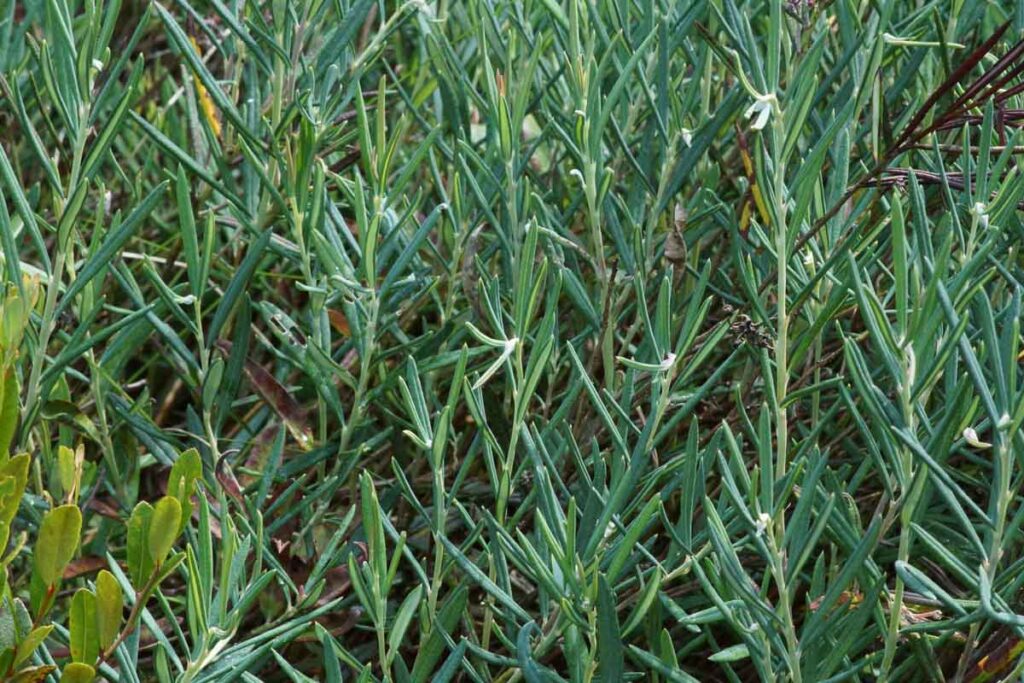