As the name implies, sedge meadows are dominated by members of the sedge family, Cyperacae, particularly Carex spp.  Sedges are grass-like plants that differ from the true grasses primarily in their reproductive structures and often, but not always, stems that are triangular in cross section. 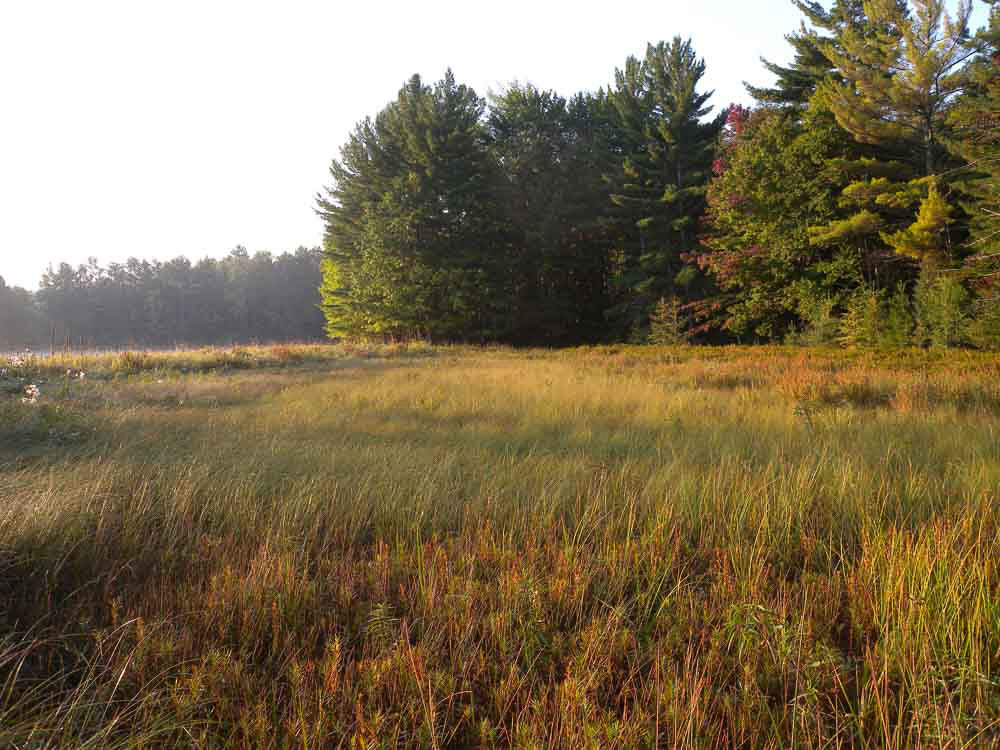 Early in the morning at sedge meadow wetland next to a northwoods lake.

Sedge meadows most often have standing water during the spring and after heavy rains, but are often free of surface water mid to late summer.   Soils run from muck to peat, but the peat is composed largely of partially decayed roots, stems and leaves and not mosses.

Sedge meadows are under threat from aggressive invasive species, such as Reed Canary Grass, non-native ecotype of Common Reed (Phragmites), and Narrow-leaf and Hybrid cattail.  These four species form dense stands that produce copious amount of leaf litter that smothers native plants like mulch in a garden, and shade out the shorter sedges.  In the case of invasive Common Reed, it releases chemicals that suppress the growth of other species.  Once these invasives gain hold they completely destroy the plant community, alter the hydrology and nutrient cycles, and greatly reduce the value of the wetland for wildlife.  Man also facilitates invasion by increased nutrients from runoff and disturbing natural water level cycles. 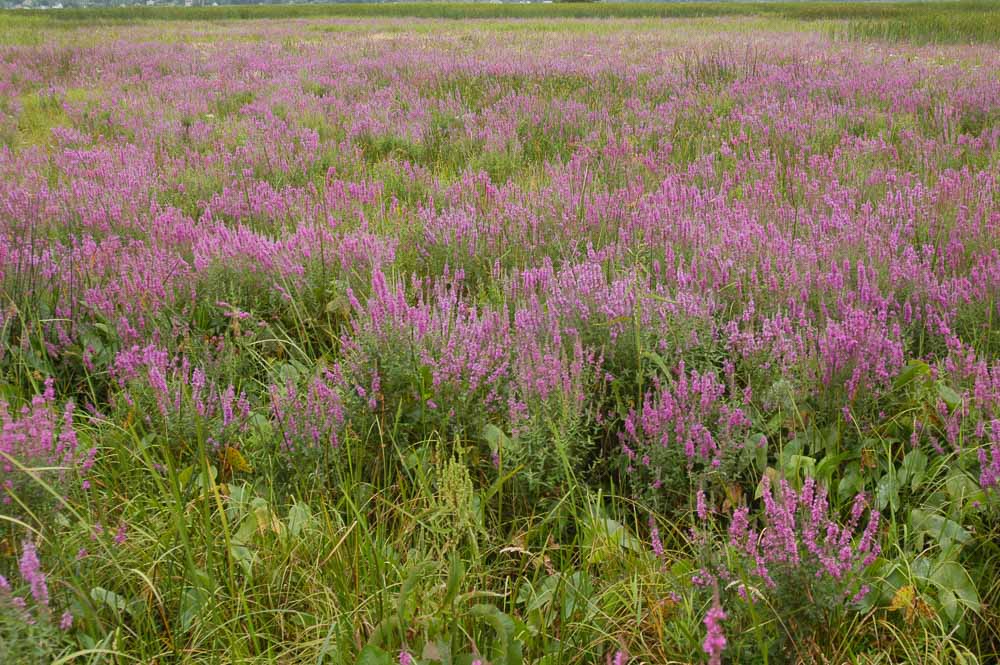 Another threat is lack of proper management to maintain meadows.  Meadows require that leaf litter and invading shrubs and trees be reduced.  Under natural conditions this occurred mostly through fire, but also by grazing.  Native Americans set fire to adjacent prairies and the meadows themselves to ease travel and attract wild game.  Fires also started from lightning strikes and other natural sources.  Fires burned off the old leaf litter and killed or set back the growth of willows, alder and other shrubs and trees that would eventually shade out the sedge meadow community.

Up until relatively recently, sedge meadows were maintained by farmers in a similar way as before settlement.  The sedge meadows were grazed by cattle, or they were harvested for marsh hay which was used as livestock feed and bedding.  Sedges were even harvested for industrial use such as packing material and manufacturing rugs.  To increase sedge growth the marshes were often burned.  In the mid twentieth century the practice of cutting marsh hay decreased rapidly, industrial use of sedges vanished, burning was made illegal, and what fires did occur were beaten back.  The result has been the loss of sedge meadows to naturally invading shrubs and trees and the eventual replacement of the sedge meadow community.  This natural process is called succession.

Sedge meadows can take on different physical forms as well as plant compositions.  Sedges, like sphagnum bogs, can form floating mats around lakes, which can extend quite a distance from firm ground.  Some sedge species like Tussock Sedge (Carex stricta) form tussocks, small hump like structures in the marsh, which give the meadow a textured appearance.  Other sedge meadows may be flat and featureless for many acres. 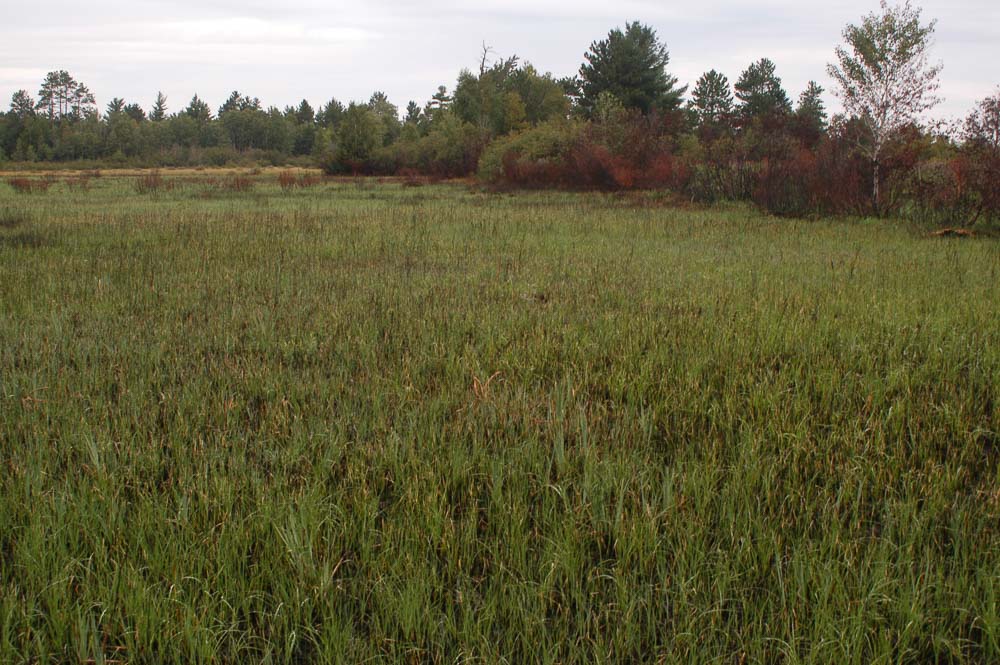 New plant growth in a sedge meadow, after a fire.