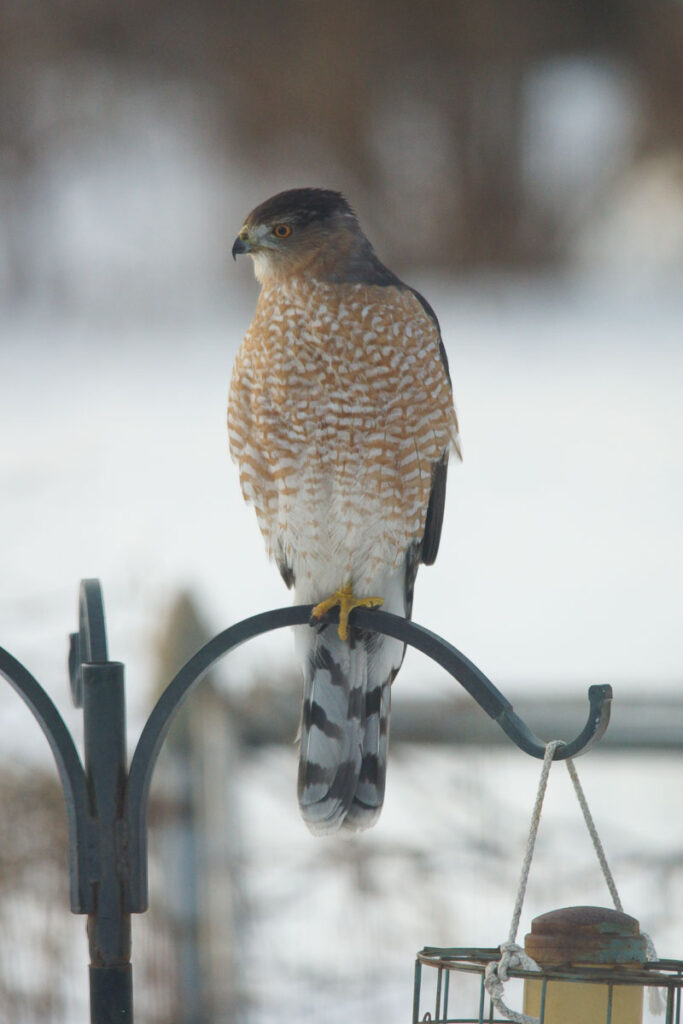 The Cooper’s Hawk (Accipiter cooperii) has become a much more common site in urban areas in my lifetime.  The Cooper’s Hawk feeds almost exclusively on other birds so the House Sparrows and other common city birds are great food source.  We often feed these birds, which no doubt increases the population size.  The population of small birds then attracts and feeds the Cooper’s Hawks, so we indirectly feed those too.

The Coopers Hawk is well adapted to hunting fast moving birds in trees.  They have relatively short wings to fit through the tree branches and a long tail that allows it to change direction quickly and sharply.

Not long ago these hawks were shot, and poisoned by DDT, which greatly reduced their numbers.  Today their populations are on the rise because of the end of those practices and somewhat our feeding of the little birds.

This entry was posted in Birds and tagged Birds. Bookmark the permalink.