What Good is a Grass Fire? 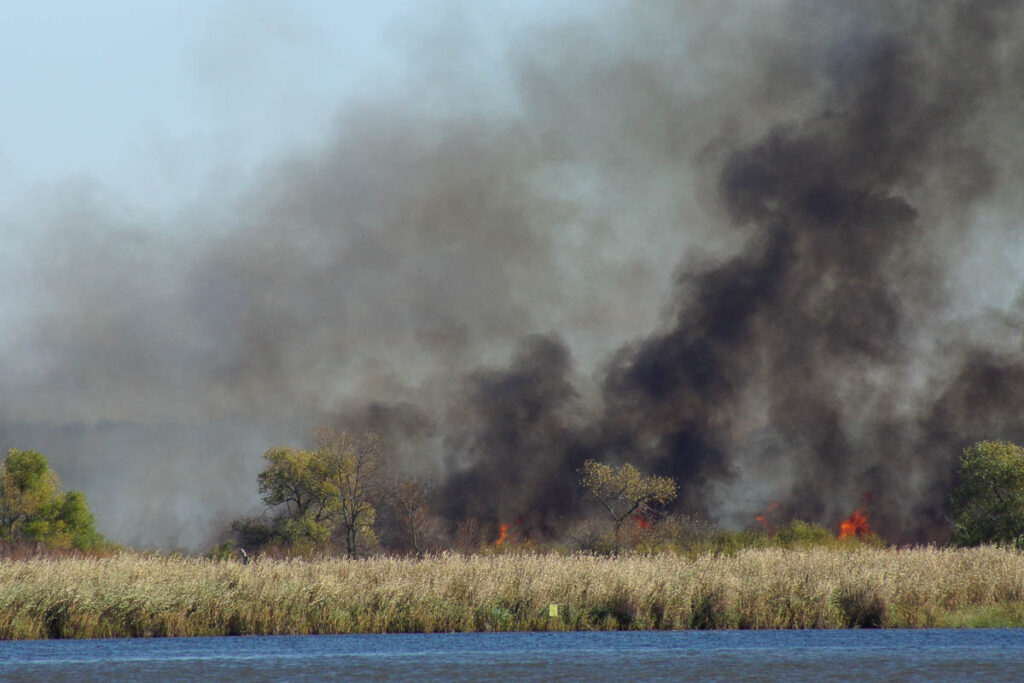 Flames reach for the sky as a cattail marsh burns out of control.

The benefits of fire may be somewhat obvious, but there are others we forget today.  People throughout the world have used fire to alter their environment to their benefit.  On a small scale, traditional fires may have cleared a portion of forest for a garden, but hunter-gathers may have changed a few acres to tens of thousands to their benefit.

Hunters use fire to drive game to hunters, huge natural or man-made traps, or off cliffs, but the alteration of the environment was incidental.  Natives cleared grasslands and wetlands to ease travel.  Grass and sedges can be a real drag to walk through.  By burning all the dead stems and leaves are now gone and do not cause resistance to legs and feet.

After an area burns, new grass and sedge shoots reach for the sky.  These tender stems are highly nutritious to herbivorous.  The reviving prairie would attract bison, elk, and other species to your location, where they are more easily hunted.  Beyond the tender shoots, the fires kept down trees and shrubs that would eventually replace the grasslands, and big grassland mammals are tempting targets for hunter-gatherers.

In some areas, the environment was burned not for grasslands but to keep the habitat wooded.  Many species of oaks have very thick bark that acts like armor against fire.  Ground fires that burn grasses and forbs, and young trees and shrubs do not burn very hot and have no effect on a mature oak like a Bur Oak.  It is only when the fire reaches the crown that it becomes destructive to trees with fire-resistant bark.  Native peoples would burn the oak woodlands because they wanted a supply of acorns.  The low ground fires killed other species that would compete and eventually replace the oak trees. 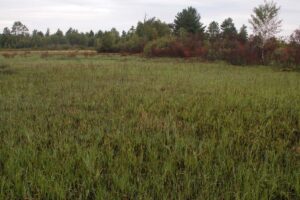 New plant growth in a sedge meadow after a fire.

In North America, many settlers were frightened by the burning wildlands.  They didn’t build their houses and settlements behind natural firebreaks like the Native Americans usually did.  They did not use fire often enough to prevent fuel buildup, which would eventually yield hotter, more destructive fires.  As America became settled, fewer fires were set, and suppressing those that started accidentally or naturally became a priority.

Fires were common in North America before Native Americans arrived and became even more common after they established populations.  Therefore, many of North America plants and animals evolved with fire and even require it for survival.  The age of fire suppression brought in the slow death of the few remaining prairies that did not go under the plow and degraded many wetland communities like sedge meadows.

Fire is something that needs to return to the natural landscape.  Obviously, it needs to be carefully managed to protect lives and property.  Times have changed, but if we want the ecosystems that evolved in North America and many other places on Earth, we need to reintroduce fire. 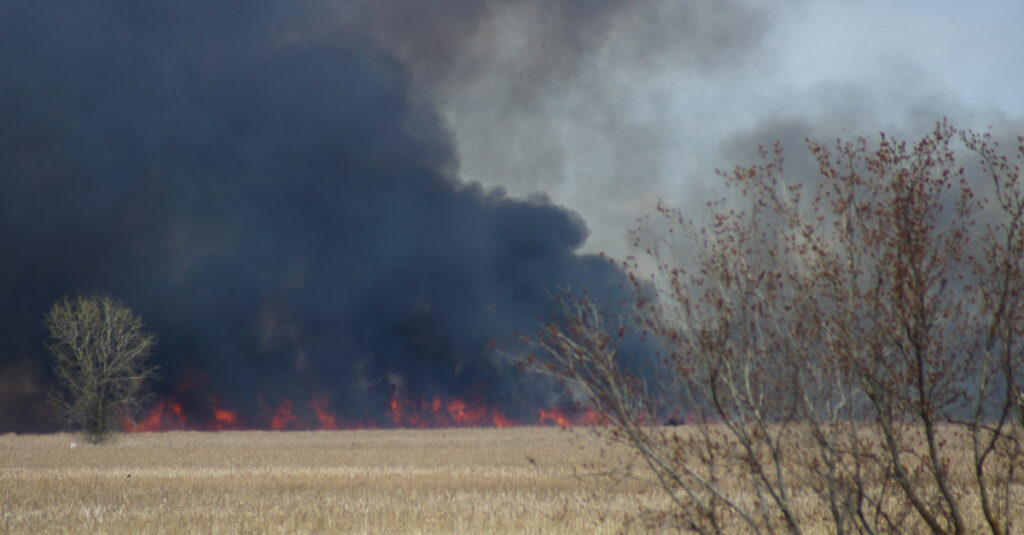 Wetland set on fire to improve the plant community

This entry was posted in Marshes and tagged Cattails, Fire. Bookmark the permalink.