Mouse Tunnels in the Snow 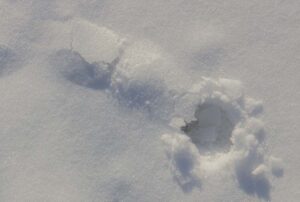 Fresh tunnels in the snow, made by small mammals.

Winter finally showed up and dropped a little snow, but the temperatures fell much harder.  For the last several days the temperature has dipped below freezing, so what little snow we got is going to stay with us for awhile.  I had complained about the brown world last week, but now I must humbly deal with the cold.  It’s not too bad without the wind, but lately its has dropped the temperature to twenty or more degrees below zero, with the wind chill.  I ventured out yesterday, just outside of town, to feel the wind bite my face and look at the winter world.  I always feel a little more alive in bitter cold, but as like having central heat to return home to.

In many places I found the tracks of small mammals, I couldn’t quite tell if they were shrews or mice.  In addition to the tracks, the small furry guys make tunnels in the snow to find food and protect themselves from the cold and predators.   Something that I have always found odd is that snow is an insulator.  It keeps animals relatively warm compared to the outside world.  It also blocks that heat robbing wind, so small animals which cool off faster due to their surface area to mass ratio, can take full advantage of the snow. 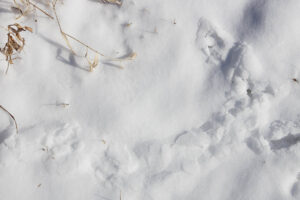 Tracks in the snow of small mammals

Snow must make it hard for mice and shrews to find food, but it also makes them less likely to become food, because the snow masks their movements.  When the snow is shallow you can the surface of the snow move up, but when it is deep there is no telling by sight that a mouse is moving below the snow.  The snow acts not only insulation from the cold, it dampens the sound of their movements and activities too.  Still many predators have very good hearing and owls sit quietly waiting for the sound of scurrying and feeding beneath the snow.  The snow makes pinpointing a target difficult for predators, but foxes, coyotes, and of course snowy owls seem to manage just fine.

The tunnels themselves are not safe havens either.  Small weasels in their ermine white winter coats follow the tunnels looking for their makers.  At the same time the weasels too enjoy keeping out of sight from the hawks and owls over head.

In spring, just after the snow melts you can see the remains of well used tunnels as the grass in leaves have been moved aside in seemingly random, winding patterns.  The furry mammals are again exposed to the wind, rain and claws and teeth from above.  I wonder if they enjoy their time under the snow, and miss it when the world thaws. 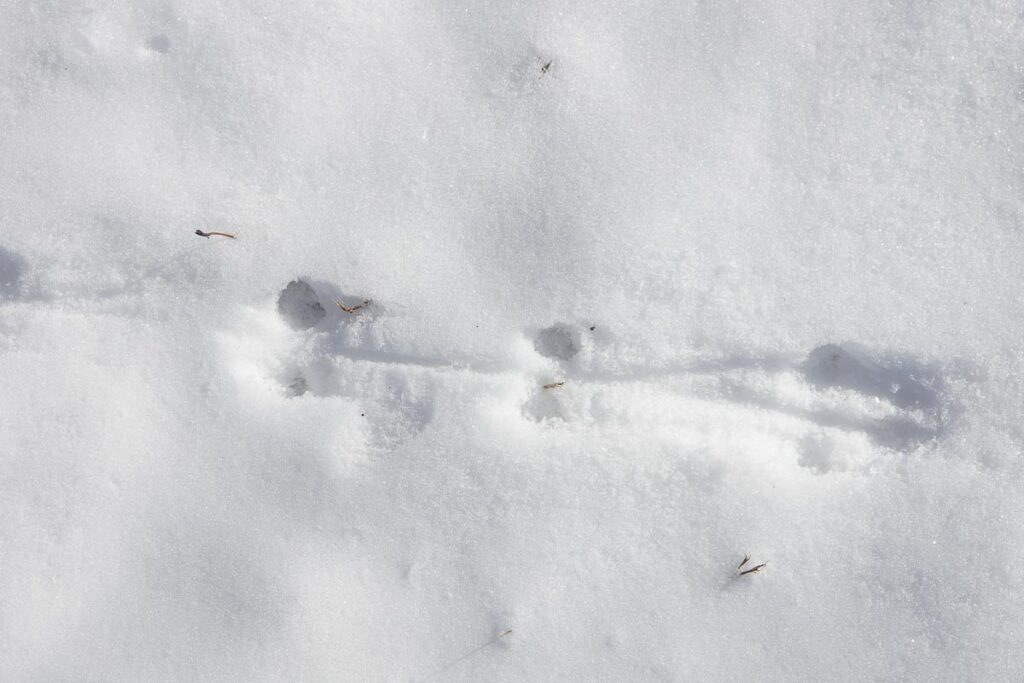 In the fresh snow I found the racks and tunnels of many small mammals. These belong either to a shrew or mouse.

This entry was posted in Wildlife and tagged mice, shrews, snow, tunnels. Bookmark the permalink.